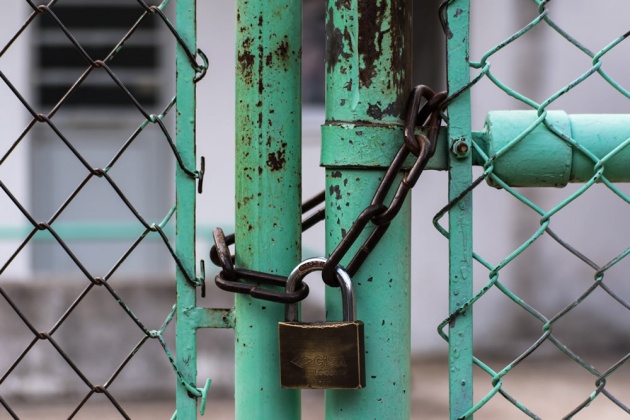 On 21st January, Australia introduced “border measures” for flights from Wuhan, interviewing alighting passengers, asking them if they had any flu type symptoms. Those who said “yes” were advised to self-isolate. China itself banned flights from entering or leaving Wuhan on 23rd January.

From 24th January, all planes to Australia from China were met and ex-Wuhan residents were interviewed by Australian medical officials. On 1st February, entry into Australia was denied to all non-citizens or permanent residences who left or transited through mainland China. Upon entry into Australia, Australian citizens and other permitted entrants were required to “self-isolate for 14 days.

We implemented three quarantine (as opposed to self-isolation) events: -

It took until 29th March to scrap the self-isolation protocol for Australians returning home, replacing it with enforced quarantine in hotels and caravan parks. The taxpayers are funding the cost of airport transfers directly to the accommodation, the cost of the accommodation, the supply and cooking of food, servicing & cleaning the rooms and the police and military security personnel.

There are now reports (18th June) that some states are “contemplating” charging new arrivals with bookings made after 1 July for the cost of their quarantine, with suggested prices of $2,000 for a single person, $3,500 for a couple and $4,700 for a family. Concessional pricing is mooted for those people on incomes below $68,000. Apparently more than 81,000 people have returned to Australia since 19th March and almost 2,500 of them were infected with the virus.

Whilst we have let all these people come back to Australia on subsidised flights and with free food, accommodation, and transfers, what do you think about Australian nationals being able to leave the country? They can’t do it (even if the intended destination is happy to have them), unless some government official grants them permission. Shades of East Germany!

These restrictions were imposed by individual states/territories despite the official policy of the national cabinet (which represents every state and territory) being to keep internal borders open.

Not only were they unnecessary, they were ineffective.

On the 1st June when NSW lifted their “unnecessary travel” restrictions, I could have got my QLD border pass (supplying my name, phone number and email address), hopped in my QLD registered car and driven to Sydney and wallowed in a cesspool of COVID contamination for a week. Upon return from my trip, I would simply show my pass and be allowed back in, no questions asked.

But I would not have been allowed to travel from the Gold Coast to Noosa because it is more than 150Klm from my home.

These border closures are also hugely costly to the taxpayers of the relevant police state, with police personnel at each border point 24hrs a day. The sister of one of my employees who was given "compassionate" permission to enter Queensland from NSW said that she encountered 8 police officers at the border checkpoint at Goondiwindi at 11pm and they told her that she was the first person they saw since about noon.

At Currumbin on the Gold Coast, the Stewart Road overpass to the Pacific Motorway was, for a month, controlled 24/7 by five traffic controllers, with three trucks, two toilets, three sets of night lights, about 200 traffic cones, and three illuminated signs proclaiming it was a border control procedure. This is not a Queensland point of exit or entry and the arrangement did not alter the flow of traffic in any manner from the way the existing traffic lights had operated and continue to operate since they ceased this folly. A month’s useless operation has cost Queensland taxpayers about $500,000!

At the time of implementation of these border closures, every state and territory had current restrictions which prevented anyone from leaving their home except for specified essential reasons, which included going to work, essential shopping, or to fulfill medical appointments.

Given that the border closures permitted entry for “essential” purposes, there was no reason for their implementation in the first place, because if you were not on an essential purpose, you were not supposed to be outside of your home, let alone going interstate.

As I have previously pointed out, all the signs were there on 11th April to dismantle the restrictive regime of COVID controls imposed on all Australians.

Recreational travel “within your own area” (albeit, initially for only 50Klms) was permitted on 15th May and such removal might have led to someone thinking about closing internal borders, but the vastly improved outlook between middle March and middle May should have suggested that only a zealot on a mission of eradication at any cost would contemplate such a move at that time.

There is definitely a difference in deciding to close the borders and deciding to reopen them. Admission that you got it wrong in the first place would loom large. What if I am wrong now? Neither of these helps a “yes” decision.

Apart from the sensible, simple, and effective “restriction” of observing social distancing protocols, it now seems that the removal of interstate border restrictions will be the last things of the “never was necessary” restrictions to be lifted.

As soon as these border restrictions were imposed, there were questions about the constitutional legality of them. Many people started asking “what about S92?”, or “What about S117?” (referring to the Australian Constitution).

The right of the Queensland government to close its borders is now being challenged by tourism interests in the High Court of Australia based on it being unconstitutional. There are two relevant sections of the Australian Constitution:

S92: In Cole V Whitfield 1988, the High Court said in respect of Section 92 “The purpose of the section is clear enough: to create a free trade area throughout the Commonwealth and to deny to Commonwealth and States alike a power to prevent or obstruct the free movement of people, goods and communications across State boundaries…

Sadly, the speculation of court action and NSW Premier Gladys Berejiklian publicly exhorting states and territories with seemingly a better COVID record than her own state to open their borders, led to them digging their heels in.

I believe that the motivation for mounting a constitutional challenge to the border closure was not so much to get the borders open, but to establish liability for compensation and I believe that the Queensland government is desperate to defend the action because of the potential liability if the plaintiffs win.

The Queensland government’s court papers contain a statement to the effect that they do not acknowledge that the border closures have adversely affected tourism businesses. I believe if the borders were never closed, my business would have been on its way to recovery by the beginning of June.

As a Queensland businessman who is 92% dependent on interstate and overseas tourism, I wrote to my Premier on 25th May, offering a suggested plan where she could safely open the borders without appearing to back down. I have not received a reply and I don’t think that either the litigators or the NSW Premier has done my business any favours (or any other tourism dependent business anywhere in Australia).

My suggested plan was to open the borders to any person who can produce proof of a negative COVID-19 test within (say) a week prior to their intended entry into the state.

I became very concerned when the Queensland Chief Health Officer, Dr Jeanette Young said, “I will open the borders when I am satisfied that there are no new COVID cases in any jurisdiction in Australia for at least 28 consecutive days.” When asked about this, the Premier said that opening the borders was not her decision to make, it is Dr Young’s decision.

28 days without a single new case in any of the eight jurisdictions in Australia? That could take us into 2023!

Well, the dreadful mess that has been created in Victoria since about 20th June has not made it any easier.

Premier Palaszczuk announced on 1st july that Queensland borders would re-open on 10th July, to anyone in Australia except Victorain residents with a requirement for all seeking entry to Queensland, being required to sign a border declaration that they had not been in any part of Victoria in the previous 14 days.

There are now 310,000 residents in 37 Melbourne suburbs (10 postcodes) who are in lockdown, they are prohibited from leaving their homes except for work, exercise (max 1 hour), medical purposes, and essential shopping. Effectively, there is now a "closed border" around those suburbs.

But Victoria has a population over 20 times the number in lockdown. New South Wales is allowing the 95% of Victorians who have freedom of movement in their own state to enter NSW. The establishment and policing protocols to allow the "right" Victorians into Queensland, and exclude the "wrong" ones is quite easy to create. It takes no more time and resources to police that than to police a total ban. But it would make a hell of a difference to my business and other tourist dependent businesses in Queensland.

Normally, Victorians would make up 40% of my winter business, New Zealanders would make up 30% and the rest of Australia and the world would account for the other 30%.