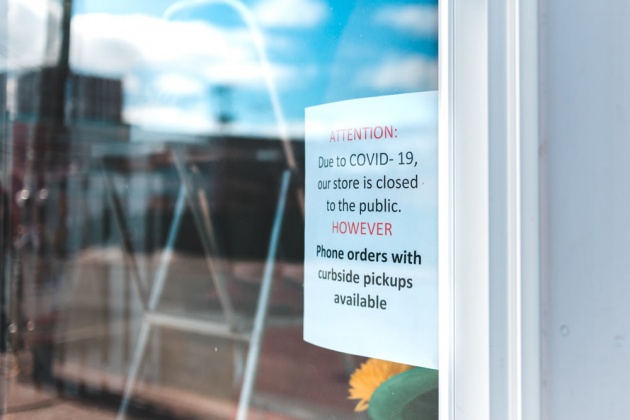 JobKeeper is one of the assistance packages provided by the Australian Government. Its intention is to provide funds so that significantly affected businesses can pay their staff and have an environment where employers and employees can “stay in touch” with each other, even if there is no work.

The eligibility criteria for employers is that they must have suffered a reduction in turnover of at least 30% (50% for larger businesses), compared with pre-COVID business levels.

It was easy for us to prove our qualification as an eligible employer.

The assistance was structured as being equivalent to $1,500 per fortnight, per eligible employee starting from 30th March, with the entire $1,500 having already been paid to the employee.

The foregoing is not intended to tell you that we were not treated fairly, but rather to show that there is still a “net cost” to employers within the scheme.

Before JobKeeper started, we sent all our employees home for a week’s holiday (which of course costs an additional 20% or so, for leave loading and superannuation).

Under our own COVID arrangements, we decided not to open our office on Saturdays or Sundays, and we reduced our working hours from 8am-5pm to 9am-4pm, and with each employee working one day a week less than before.

We originally had six employees in a combination of full and part time work, but we now have three workers, two of whom we pay more than their “hourly rate” entitlement so that we get our JobKeeper subsidy and one whose “hourly rate” pay exceeds the JobKeeper threshold.

There is a lot of discussion going on about cutting JobKeeper off for some industries or extending it for other industries. In my opinion, there should be a built-in buffer wherin employers whose lost revenue has been recovered, either by increased revenue or by a combination of increased revenue and JobKeeper subsidy payments, should have their subsidy halted. Many businesses have found new avenues to replace their lost revenue and to some of these, COVID has become a bonanza. Good luck to them, but if they are experiencing a bonaza, they should not continue to receive a tax-payer funded subsidy.

The current arrangements where employers seeking payment must disclose their actual turnover and the actual wages paid to each employee, matched against BAS statements and payroll records would enable easy management of such cases.

However, there is another built-in inequity, imagine someone with a business averaging $100,000 per month before COVID and they have five employees and one owner not drawing a salary (six eligible people).

There is no sliding scale to stop this from unfairly being an “all or nothing” situation. It could easily have been set up so that it became the total turnover, plus the subsidy amount should be less than 70%.

There was (rightly) a lot of criticism about the minimum $1,500 per fortnight amount having to be paid to each employee, instead of the amount being a minimum average payment to all relevant employees. This would have stopped the silly situation where someone who was only rostered on one day a fortnight (yes, exaggerated, but possible) would get $1,500 for one day’s work.

I have already pointed out that, to get the subsidy, I must pay two of my employees more than their number of hours multiplied by their hourly rate.

The remaining fault with this “one size fits all” program is that employers could easily depress their sales (I mean “not try”, rather than conceal) to keep their turnover at a level where they are better off with lower sales and a subsidy than they would be with higher sales and no subsidy.

Whilst the rules seem simple, I can assure readers that the implementation proved much more difficult than one should rightly expect.

The first thing one had to do as an individual was to register with MygovID (not MyGov, as many might already be with). Next, they had to register the company and themselves as the principal representative. Registration had to be via mobile phone app, not by computer and representation had to be done by telephoning the ACCC.

I finished a phone call with the ACCC at 9:45pm on 19th March when they said that they couldn’t connect me with my own company for some unknown reason, and they would get the ATO day team to call me the next morning to sort it out. I am still waiting for the call. After trying another couple of times, I decided to call my accountant and ask them to register us for JobKeeper. They did it in less than an hour, but now I must pay them for (a) the setup and (b) lodging each claim.

I have at least one of my workers in our office with me every weekday, and on two days there are all three of them there. There is little work that can be done, so I am happy for them to conduct their personal affairs in working hours, and we have many discussions that we would not have time for in the past.

My business wouldn’t be materially different if they didn’t come to work, but I believe in the strategy surrounding the JobKeeper program of keeping workers and bosses together.